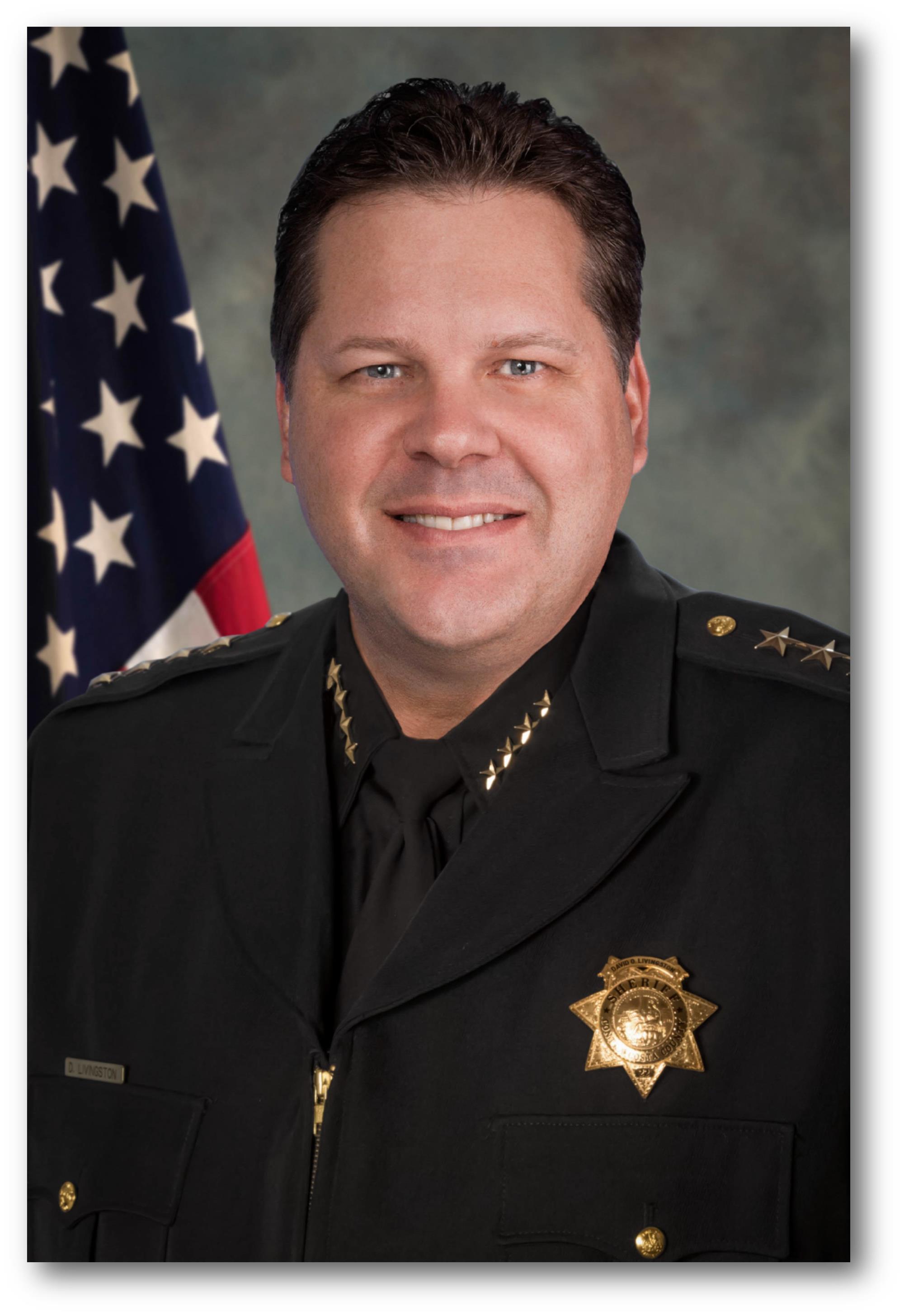 Sheriff David Livingston was elected the 22nd Sheriff of Contra Costa County on June 8, 2010. He was sworn in as Sheriff-Coroner on January 3, 2011, for his first term of office, and after running unopposed, he was sworn into his second term of office on January 6, 2015, and his third term of office on January 7, 2019. Sheriff Livingston started his career as a Police Officer with the City of Fremont where he later rose to the rank of Captain. He then served as Chief of Police in the City of Pleasant Hill for three years before being selected as Concord's Police Chief in 2005. He served as Concord's Chief of Police for five years. He also served on the California Police Chiefs’ Association Board of Directors and the State Bar's Judicial Nominee Evaluating Committee. Sheriff Livingston is currently the President of the California State Sheriffs’ Association. He was also appointed by Governor Brown to the California State Parks Division of Boating and Waterways Commission in March 2012 and was reappointed in March 2017. The California Senate confirmed this reappointment in June 2017 with a unanimous vote.

Sheriff Livingston has a deep commitment to Community Policing, has served as a Cultural Diversity Instructor, and fosters a "participatory management" philosophy in which all employees are given a voice in the operation of the Sheriff's Office.  Additionally, he supports continued modernization of all operations including adopting technology advances and acquiring new equipment to better serve the public. Sheriff Livingston values teamwork, community outreach, training, and professionalism.

Sheriff Livingston earned a Bachelor's Degree with Honors from the University of California, Santa Barbara and later earned his law degree from the University of San Francisco School of Law. He is a graduate of the FBI National Academy, the FBI National Executive Institute, and the California Command College.  He is also an attorney admitted to practice in both state and federal court. Sheriff Livingston said, "The Office of the Sheriff is a leader in providing excellent law enforcement services to our diverse community. I am proud to wear the Sheriff's Office badge."