The Office of the Sheriff established the Air Support Unit in 1997 as an innovative means to better serve the public by reducing crime and increasing boater safety on the Bay and Delta waterways. The Air Support Unit provides critical assistance to patrol personnel during a variety of calls for service to include pursuits of fleeing suspects, searches for criminal suspects, search and rescue missions, transport and deployment of tactical teams, crime scene photography, and aerial surveillance and reconnaissance. The STARR (Sheriff’s Tactical Airborne Reconnaissance and Rescue) helicopters also conduct daily security patrols over the critical infrastructure and key resources within the county. 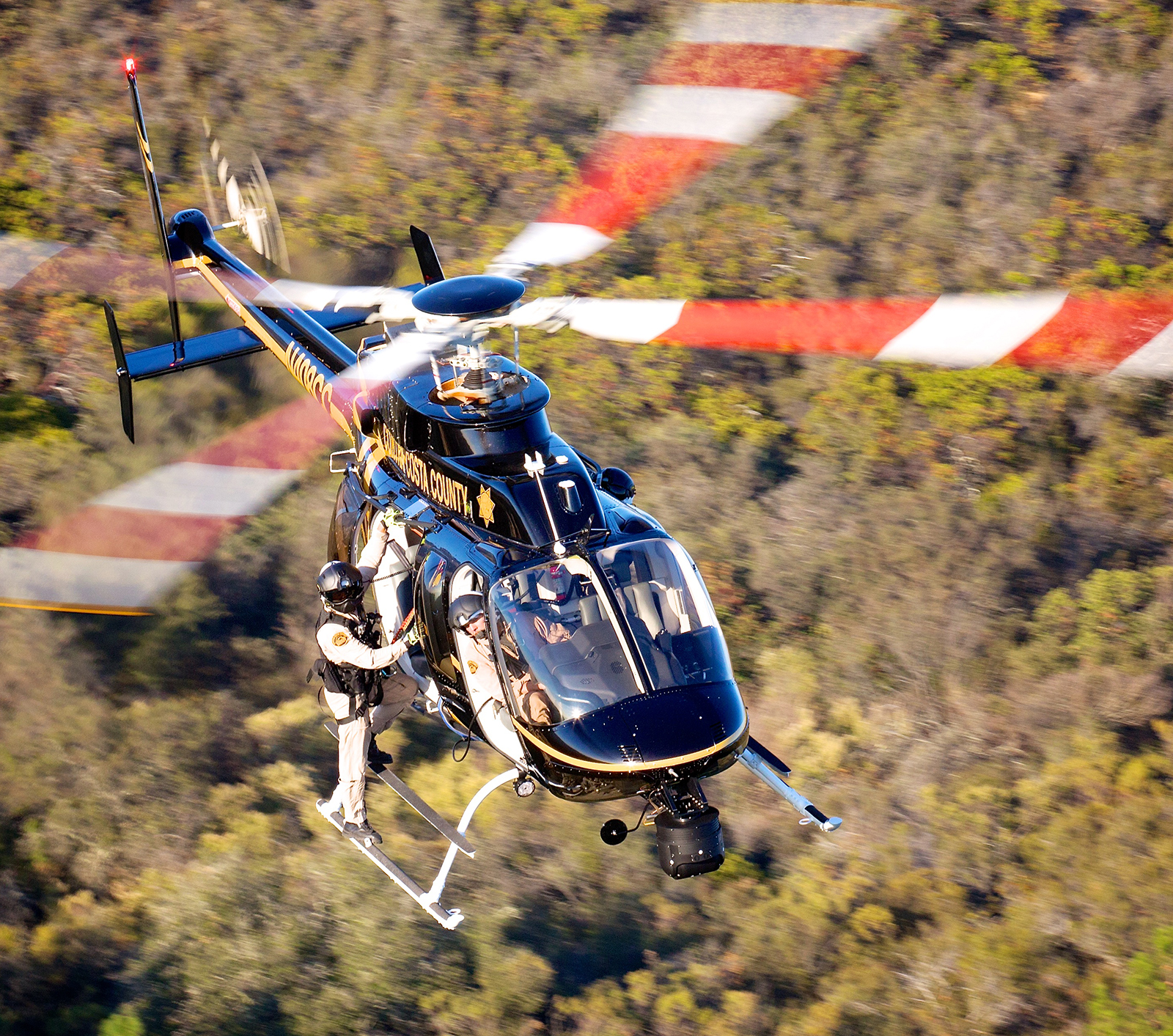 The STARR helicopters conduct regular patrols of the vast Delta waterways and support the Sheriff’s Marine Services Unit by conducting timely searches for missing boaters, boaters in distress, providing aerial support during boating enforcement stops, and enhancing the security of planned maritime events in the region.

Additionally, the Air Support Unit helicopter crews are trained to perform wildland fire suppression, the insertion or “short haul” of rescue personnel into scenes that are difficult to access, and transportation of injured victims to nearby emergency medical personnel.

Both helicopters are equipped with the latest and most advanced law enforcement aviation technology to include:

In December 2016, the Sheriff’s Office established a small Unmanned Aircraft System team to aid first responders in situations that would benefit from an aerial perspective and enable responders to detect dangers that could otherwise not be seen. The sUAS team is certified by the Federal Aviation Administration in the safe operation of its three UAS’s, and the Sheriff’s Office maintains a Certificate of Authorization to fly missions within Contra Costa County.